The Economics of Prostitution 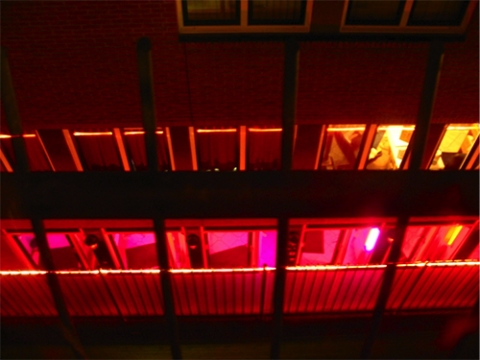 When thinking of “market distortions” we typically imagine government regulations, taxes and subsidies that prevent market mechanisms from achieving an optimal outcome. For example, if you pay $100 for a 30-minute taxi ride (as is the case in many European capitals), you can easily relate it to a government regulation requiring all taxi drivers to be licensed (at a very high cost). In the absence of such a requirement many more drivers would be able to enter the taxi driving profession, increasing supply and reducing prices.

However, the government is not the only source of “market distortions”. Culture and religion also pose very serious constraints on the operation of markets (and government), potentially preventing them from achieving the “first best” outcome. For example, nepotism – the cultural norm in many non-European countries – can be said to interfere with the efficiency of labor markets. Depending on the cultural setting, the very “market” in which trade in certain goods and services occurs can been driven into underground, providing fertile ground for crime and corruption.

A good case in point is “provision of sexual services”. While often referred to as the world’s oldest profession, prostitution is treated very differently in different cultural setting. In some countries (like Singapore) it is permissible but unregulated, in others (e.g. the Netherlands) it is a regulated profession allowed only in brothels; in yet others, including Georgia, it is considered to be a crime. In countries in which prostitution has been legalized, it generates considerable revenues (the global revenue is estimated at more than USD 100 bln).

Ignoring the moral aspect of the problem, there are many economic (and not only) reasons to legalize prostitution.

It is no secret that the sex industry exists in every country, forming a substantial part of the underground economy. Legalization would help shed light on the shadow sex industry activities, providing possibilities for regulation and taxation. Tax income thus generated could be used to improve public services, such as education, giving young women other professional opportunities and in this way helping treat the (social) root causes of prostitution. In Nevada (the only US state where prostitution is legal), annual tax revenues exceeded 20,000 dollars female sex worker (Ayres, 2003).

For many developing countries, prostitution is major export industry and source of foreign earnings, a means of redistributing income on a global scale. For example, according to a 1998 Kyodo News report on South East Asia, “Between 1993 and 1995, it was estimated that prostitution in Thailand produced an annual income of between $22.5 billion and $27 billion.”

Driving prostitution into underground is a costly proposition, straining the police force and the entire justice system. While recent data on prostitution-related policing activities are not available, public spending on this issue is certainly non-negligible. Besides, legalization would solve the problem of overcrowded prisons. According to available data, in California alone more than eleven thousand people were arrested for prostitution in 2010. Not only would legalization reduce public expenditures, it would also relieve the police force of the duty to monitor streets, allowing it, instead, to spend more time and effort on preventing other, more serious crimes.

Another important benefit of legalization has to do with a reduction in the level of criminal activities that are linked to (illegal) prostitution. To begin with, countries that legalized prostitution experience fewer rapes and sex trafficking offences. Not less importantly, legalization gives prostitutes stronger protection against violence. You cannot call the police and report a crime while committing one by yourself. In countries where prostitution is illegal, female sexual workers often become objects of violence. Gary Ridgway (a serial killer who killed 48 women), claimed to be killing prostitutes knowing he would not be held accountable.

Last but not least, legalization can greatly reduce the health risks related to sexually transmitted diseases (STD), such as HIV. Unregulated prostitution is one of the main sources of spreading STD. Thus, legalization (and regulation) would be a major prevention tool, requiring sexual workers to get regularly tested and improving their access to contraceptives, medical care and consultations. Not only would legalization reduce the incidence of STD, it would also reduce public expenditures on preventing and/or treating the consequences of STD. Data provided by the US Center for Disease Control and Prevention support this argument. Accordingly, Nevada – the only US state that legalized prostitution – has one of the lowest rates of STD in the US.

As illegal and unregulated prostitution is often linked to the drug industry, legalization can also help a country deal with drug addiction-related health risks. Drug dealers may often try to get prostitutes “on the hook” (or, rather, needle) in order to exercise better control and “employ” them as co-dealers. In case of legalization, brothels can protect employees and help them overcome addiction (such precedents are reported in Nevada).

Taking into account the growing influence of the Orthodox Church on the Georgian government, parliament and society, legalization seems like a very long shot. Yet, while Georgia takes a lot of pride in its Orthodox Christian heritage, Christian dogma should not be the only guide for a country’s legislation. On the one hand, by prohibiting prostitution we will simply be closing our eyes to a phenomenon that has always existed and will continue to exist. At the very least, it is important to be aware of the costs associated with the “illegal” status quo and the benefits of legalization. On the other hand, as prostitution is invariably a “business” of the poor (see e.g. a recent study by Lena Edlund), measures to prohibit prostitution are likely to exacerbate poverty. Conversely, the economic benefits of legalization will disproportionately accrue to the poor, helping them escape from the vicious circle of poverty and a lack of economic opportunities.

In the meantime, Georgians will find the way to go around any cultural, religious and legislative restrictions towards “second best” solutions. A heartening example of the market’s ingenuity in overcoming manmade restrictions is being provided today by Uber – a new piece of booking software that allows smartphone users to hail private-hire cars from any location. As reported by The Guardian, London's cabbies –holders of lucrative licenses – are on a warpath while customers celebrate all the way to the bank (and anywhere else, office, home or the airport).