Mortgage Subsidy – Encouraging Borrowing in the Midst of a Crisis

Jun 30 Posted by Tamta Maridashvili in Governance and Social Policy 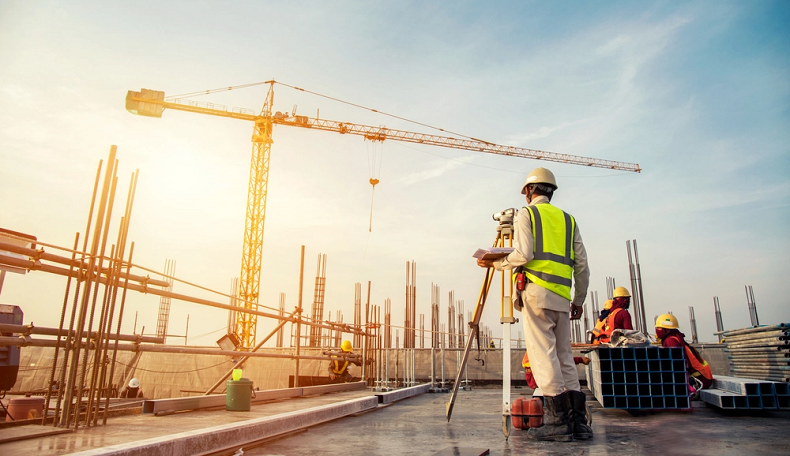 On 28 May, Georgia announced its fourth anti-crisis plan, in which the government will subsidize 4 per cent of the interest rate of mortgage loans for five years. The subsidy will be issued for loans not exceeding 200,000 GEL and will only apply to those taking mortgages for the purchase of residential apartments that are newly built or under construction, from 1 June 2020 to 1 January 2021. The state will also ensure the completion of ongoing construction.

Moreover, the state will issue loan guarantees on mortgages to the amount of 20 per cent of their total. The guarantee will last for five years, starting from date of issuance, and will apply to loans where the participation is at least 10 per cent. The state will also buy three times more apartments than originally planned for IDP families.

Within the plan, the government aims to encourage demand and, consequently, support the construction and development sector. However, the first component of this plan, the mortgage interest rate subsidy, has turned out to be a controversial matter, fueling debates among experts. This article aims to further discuss aspects of this controversy.

Firstly, we can question whether the subsidy will have any effect on demand. In normal times, it would, but during the COVID-19 pandemic it is doubtful, because it has triggered a massive spike in uncertainty.1 ISET conducts a Consumer Confidence2 survey every month,3 with one question asking: “is now the right time for people to make major purchases in Georgia?” In May, only 0.8% of respondents thought it the right time to do so, while in January and February it amounted to over 10%. Moreover, such uncertainty is likely even higher for apartments under construction, as people recall negative past experiences of extremely prolonged residential construction projects, as well as pyramid schemes.

Thus, price elasticity of demand, i.e. a measure of the responsiveness of consumers to a change in a major purchase cost (in this case, interest costs), might be far lower amid the COVID-19 pandemic than ordinarily and this brings into question the effectiveness of the subsidy program. Research shows that during recessions consumers tend to hold off major purchases, and this is particularly notable in the housing market.4

Now, let us assume that Georgian people are not so risk-averse. Then this program will have a positive impact on demand via two channels: firstly, lower costs will encourage purchasing; secondly, the program might twist homebuyers’ expectations. If previously homebuyers would have been put off from buying, supposing that prices would continue to fall, they might now start to reconsider, encouraging them to buy today. As a result, demand will increase, and therefore, prices will be sustained or even decrease to a lesser extent.

While it is clear that this new initiative, funded by taxpayers, benefits construction companies, it is yet to be seen how it will affect future homebuyers. And, if the later lose out, its effects might remain invisible, even to them, to homebuyers.

Considering whether dispersed economic agents – future homebuyers – would benefit if the government does not intervene, all depends on the extent supply shrinks amid decreasing prices, which in turn is related to the size of the housing bubble in Tbilisi.

The housing bubble is a situation in which excessive expectation of future price leads to ever-increasing demand5 in the face of limited supply as the latter takes a relatively extended period to replenish and increase.6 Prices rise, expectations are reinforced and a vicious circle is established until some kind of shock occurs. As the cost of construction does not increase as much, profits widen for the construction companies.

If there is a bubble in the Georgian housing market,7 where the profit margins are high, there is room for prices to decline, while most construction companies (those who are cost-efficient and effective) remain on the market. The assumption here is that when prices go down, demand increases. However, if the pandemic, ensued uncertainty, and economic hardships persist, this assumption might not hold, and enduring pessimistic expectations might place downward pressure on prices: the more buying power homebuyers think they will gain by waiting for apartments to get cheaper, the more they put off buying. Ever-decreasing prices, in turn, might lead to more and more construction companies defaulting and leaving the market, causing a considerable supply shrink. Hence, the low prices people were counting on may simply vanish. While those with existing mortgages may also go underwater, potentially resulting in defaults and foreclosures. Although this scenario appears less likely, if there are signs of its occurrence, it could be sensible to enact the subsidy program only at that stage.

In conclusion, it is dubious, in the first place, whether the subsidy program will encourage demand due to the high levels of uncertainty surrounding the pandemic. But if it works, without a proper cost-benefit analysis, it is hard to assess whether future homebuyers will be disadvantaged by this intervention. We must therefore hope that before designing this program, such an analysis was carried out. It is also questionable whether encouraging people to take the risk of a major purchase during the crisis complies with the responsible crediting principle, which has been embraced by the National Bank of Georgia in recent years. What happens if the crisis is further exacerbated, will not the homebuyers have to bear the risk and burdens of repayment?

1 World uncertainty index has reached its historical maximum since 1970.
2 Consumer confidence is the degree of optimism that consumers feel about the overall state of the economy and their financial situation. How confident people feel about the stability of their incomes determines their spending activity.
3 We randomly sample 300-350 individuals every month and question them about the past, the current and future financial situation of their families and the country as a whole.
4 Reed, S. and Crawford, M., 2014. How does consumer spending change during boom, recession, and recovery?
5 When there is a housing bubble, homebuyers think that a home that they would normally consider too expensive for them is now an acceptable purchase because they will be compensated by significant further price increases. Moreover, buying a home seems to be a good investment opportunity associated with low risks. First-time homebuyers may also worry during a housing bubble that if they do not buy now, they will not be able to afford a home later.
6 Case, K.E. and Shiller, R.J., 2003. Is there a bubble in the housing market? Brookings papers on economic activity, 2003(2), pp.299-362.
7 One of the indicators of housing bubble is the affordability index. In 2016, the index for Tbilisi accounted for 39.5 which indicates that the average Georgian household income from employment is only 39.5 per cent of what a household should receive to be able to take out a mortgage loan for a typical apartment in Tbilisi. See the ISET Economist blog. Other methods to determine whether a housing bubble exists include comparing the price of a house to its construction cost, comparing house prices to rents, examining the relationship between house prices and economic fundamentals such as income, population, and employment. See the paper.
8 Similar analysis is done in this paper. Paper argues that the welfare evaluation of interest rate subsidies needs to account for both, the effects on the effective interest rate and the price of the asset financed with the subsidized debt.